We at Radco, expertise in enhancing life of faulty or shaky structures. Structures loose strength due to various reasons like Fire, Excessive seepage, Corrosion of steels, Faulty workmanship & many other reasons. Our qualified & experienced team comprising of Civil Engineers, Structural Consultants, Supervisors & a vast work force ensure that the faulty structures gain the maximum possible strength so as to sustain for decades. The processes involved in this includes the following:

Shotcreting is a method of spraying concrete at high velocity on to a surface to replenish the worn out/loose concrete reinforced with steel rods, mesh or fibers.

The 02 major techniques of jacketing namely steel jacketing & concrete jacketing is done to the columns and beams to rectify the design errors, deficient concrete, bad execution process and damaged due to aging of concrete. 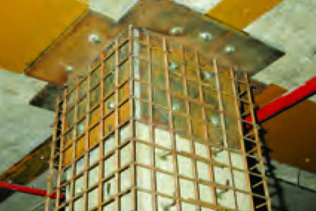 Carbon Fiber reinforced polymer (CFRP) has become a notable material in structural engineering applications. They are used for Retro-Fitting of an existing structure to enchance shear strength by wrapping fabrics around the section to be strengthened in combination with suitable epoxies.

CFRP Laminates are factory pultruded plates consisting out of uni-directional stretched carbon fibers in an epoxy resin matrix. They are used for the post strengthening of structures to increase the load bearing capacity, to reduce deflections 07 track propagation.Epoxy/PU Injections: Epoxy/PU Injections of different viscosities are injected through NRV’s to fulfill in the cracks caused of structural shortcomings 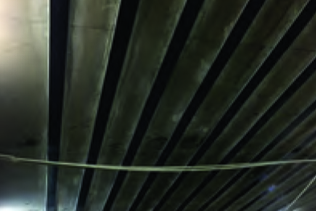